Floy is in his ninth season as an athletic trainer with University of Iowa men's basketball and golf teams. Prior to being named to this position, Floy served as assistant athletic trainer and lecturer in the Department of Kinesiology at Fresno State from 2008-12. He was responsible for the care and prevention of injuries as they related to the Bulldog men's basketball and tennis programs.

A native of Clear Lake, Iowa, Floy spent six years as a graduate assistant with the Hawkeye men's basketball team from 2002-2008 while earning B.S. (2002), M.S. (2004), and Ph.D. (2012) degrees in exercise science. During Floy's tenure at Fresno State, he was named Team MVP as the Bulldogs finished the season without any players missing any games because of injury. While at Iowa, Floy has helped guide the Hawkeyes to six NCAA tournament appearances as well as the 2006 Big Ten Tournament championship and 2013 NIT runner-up finish. Floy was named the 2014 Athletic Trainer of the Year by the Iowa Athletic Trainers’ Society (IATS).

He currently serves as Past-President of the Iowa Athletic Trainers' Society and sits on the NATA State Association Advisory Committee. Floy is a member of IATS, MAATA, NATA, and CATS. He holds certifications in CES, ART, Graston Technique, FMS-II, CPR/AED Instructor, and Certified Strength & Conditioning Specialist. In addition, he serves as an adjunct professor in the Department of Health and Human Physiology.

The 40-year-old Floy is married to Erin, who works as a physical therapist in Iowa City. 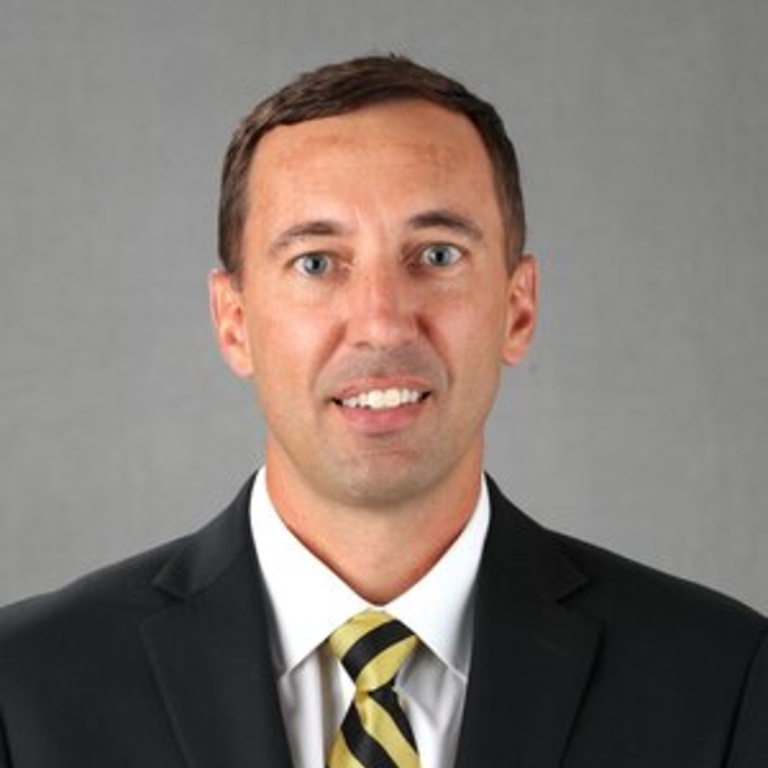